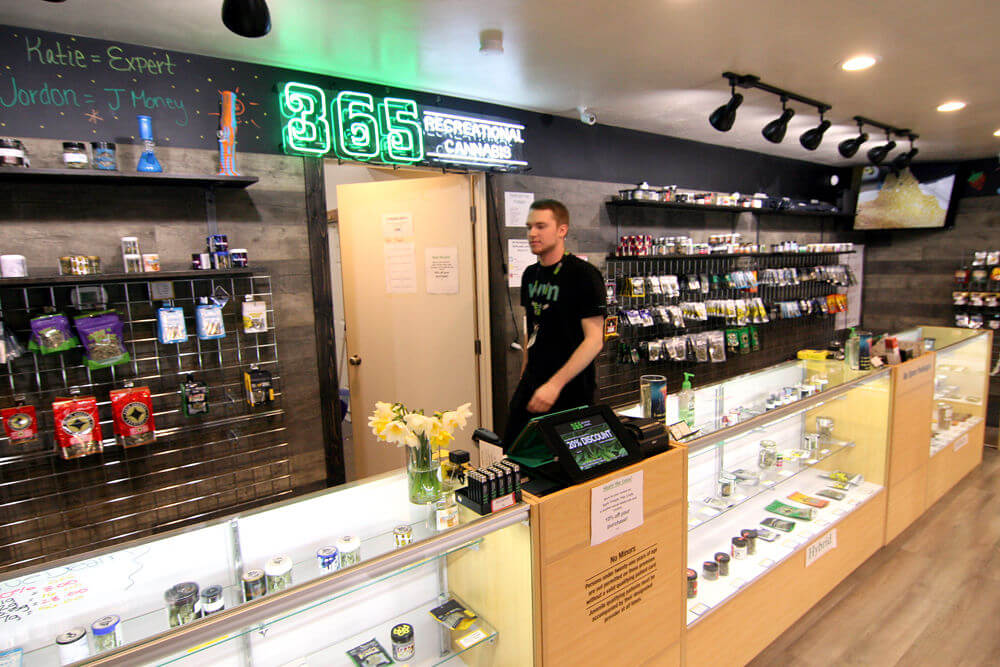 Located at the west edge of Dayton alongside U.S. Highway 12, the 365 Recreational Cannabis store has the distinction of being the first of its kind in the county.

“We’ve been open a little more than a month,” said store manager Jordon Raftis, who came to Dayton earlier this year to get the shop up and running. Along with Raftis, the store now employs an assistant manager and four budtenders who help customers chose from an array of cannabis products as well as related items ranging from rolling papers to vape pens.

The Dayton store is the second of two operated by Sean Tam, who opened the first 365 Recreational Cannabis store in 2015 in Shoreline, Wash., just north of Seattle. Raftis said he got his start in the industry when he was hired in June 2015 at age 21 to work in the Shoreline store. Now 23, he’s managing the newest expansion in Dayton.

But while the business of retailing cannabis is unique, the fundamentals are no different from any other enterprise, Raftis said.

“You have to know how to run a business,” he said.

How to Balance Cannabis Use with Alcohol Use