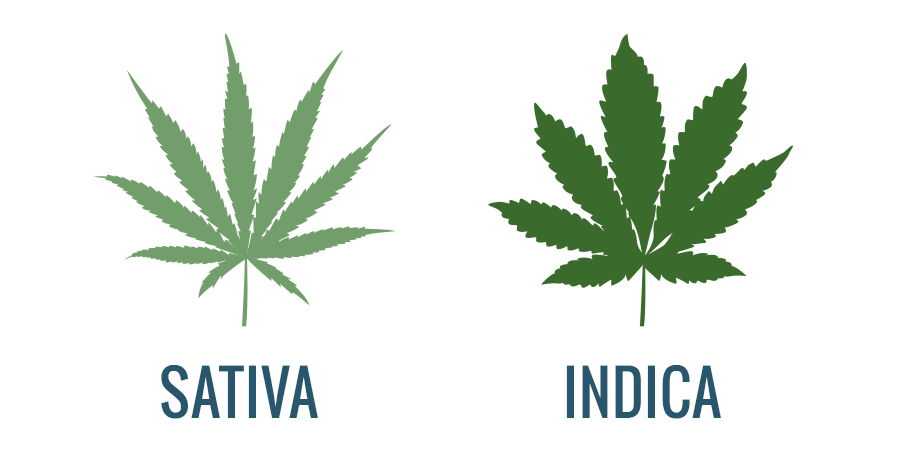 What Do These Terms Mean? Why Do They Matter?

Strains of bud are often differentiated into two separate categories. There are Indicas and Sativas. Each one was thought to come with its own set of specific properties. Essentially, Indicas are typically associated with sedative effects. Indicas are more often recommended for those suffering from poor sleep quality.

On the other hand, Sativas are generally believed to be the more “energetic” strain of weed. Sativas are known for inducing cerebral effects that are excellently paired with physical and social activities. This is a long-held belief within bud culture. Budtenders will typically start off with making their suggestions based on these two conceptual definitions.

Is This Still True?

We’ve now learned these definitions do not always ring true. Marijuana researchers have collected data suggesting that there is little rational supporting the idea that one is typically sedative and the other invigorating. There is not a recognizable pattern across the chemical profiles of different Indicas and Sativas. What we do understand is that each type tends to have a different growing process.

This difference is important for bud growers.

Let’s go back to the terminology. How did these two words, “Indica” and “Sativa”, come about? Do they actually matter when choosing a strain at your Seattle dispensary?

In the following, we’ll try to answer these questions. We’ll go into the history of each term and its contemporary definition. We’ll also cover the importance of doing your research beforehand and who to consult on such matters. We hope this guide serves you well!

Examples of Sativas include Durban Poison, Panama Red, and Acapulco Gold. The term was originally defined to be a hemp plant located in Western Eurasia and Europe that was grown for its seeds and fiber. Hemp was known to be an agricultural product in many agrarian societies. This term was coined by Carl Linnaeus.

Examples of Indicas include Afghan Kush, Mazar I Sharif, and Hindu Kush. The term, “Indica” was first brought up by Jean-Baptise Lamarck. He used the word to describe the strains in India that he found to inhibit psychoactive properties. These were cultivated for hashish as well as seeds and fiber. Most varieties of bud that consumed by the public have its origins in the plant.

Let’s take a look at the timeline of the term’s usage in the history of marijuana consumption.

• Narrow-leaf varieties that are now referred to as Sativas were originally included under other term’s definition.
• What we now know to be hemp were once considered Sativas. Hemp now describes the varieties of bud that are harvested for its seeds, fiber, and cannabinoid compounds. This plant contains zero psychoactive effects.
• Broadleaf varieties are now known for their sedative effects. They are no longer as strongly associated with the psychoactive aspect.

This may seem confusing. Let’s try and clear some of it up for you. The contemporary usage of these terms is beginning to solidify in our vernacular. It’s ultimately important for us to recognize the importance of knowing what these so-called “buzzwords” mean.

How are the effects different?

Research states that what’s important to pay attention to are the cannabinoids and terpenes present with your weed strain. Typically, the effects of a particular strain of bud do not have any connection to its physical characteristics. This includes their leaf structure and height.

There is no scientifically backed argument supporting the idea that these terms should be used as broad sweeping definitions. Basically, this means that not all Indicas should be associated with sedation.

Additionally, not all Sativas should be considered the “energetic” one of the two. There is no consistent formula to determine the plants’ effects based on how it looks.

How can you learn about a strain’s effects?

To better learn about the effects of a specific strain of cannabis, you should take into account its biology, dose, method of consumption, and chemical profile. These all factor into the psychoactive effects a strain elicits.
Cannabinoids

The bud plant contains hundreds of endocannabinoid chemical compounds that lead to a number of effects. Two of the more useful cannabinoid compounds to know about are the THC and CBD compounds.

Tetrahydrocannabinol, otherwise known as THC, works to relieve symptoms of pain and nausea. It also is the one that’s mainly responsible for the “high” we associate with weed consumption.
Cannabidiol, abbreviated as CBD, does not contain any of the psychoactive properties that are in THC. It is a non-intoxicant that is known for its medical benefits. It can help relieve symptoms of anxiety, depression, pain, and cancer.

Both of these are endocannabinoids. There are hundreds of these endocannabinoid compounds within each weed plant. Before choosing a strain based on its mainstream definition as Indicas or Sativas, consider the following three factors.

• Is it THC dominant? THC dominant strains can give off a deep euphoric vibe. If you’re someone that feels anxious when consuming THC-dominant strains, you should consider trying out a strain with high levels of Cannabidiol. These strains are preferred by recreational users seeking the most potent psychoactive experience.

• Is it CBD-dominant? Cannabidiol dominant strains only have trace amounts of THC. CBD dominant strains are recommended for users seeking the medical benefits of cannabidiol. They are also suggested for individuals that do not want to experience any of the psychoactive properties contained in THC. Cannabidiol heavy strains are for people looking to stay lucid throughout consumption.

• Is it a balance or hybrid? These strains are typically balanced to have a near equal amount of CBD and THC. These are suggested for beginning users looking for an introduction to the effects of cannabis consumption.
It is important to point out that both Indicas and Sativas contain each of these cannabinoid makeups. There is no consistent rule as to whether Indicas or Sativas will be CBD or THC dominant. This goes against the prior schools of thought associated with these terms noted above.

Terpenes are the aromatic chemical compounds that are naturally produced by fruit and plants. These compounds are also contained in bud. Terpenes are what dictates the smell associated with a particular strain. Terpenes are slowly becoming understood by marijuana researchers. There is a growing linkage being made between these aromatic compounds and a strain’s sedative or psychoactive properties.

For example, Linalool is a terpene that has more sedative properties. Pinene is another terpene compound. Pinene is linked to more energetic experience. Knowing the difference between terpenes contained within a strain of cannabis can help you better understand its effects. A strain’s mainstream morphological definition is not directly linked to its aroma or effects.

Over time, you will find that certain strains will contain specific aromas. For example, Tangie is always associated with the smell of citrus. As you become to understand bud better, you will learn how to differentiate strains by their smell. Considering the aroma of the strain is an important factor to many when making a selection.

What else to consider?

If you’re looking for long-lasting effects, you might enjoy edibles. Low doses of edibles can last for hours.

Those seeking a shorter experience, we suggest a tincture or inhalation.

What Strain Should You Choose?

Before choosing between Sativas or Indicas, you should also take a look at hybrid strains. Depending on the genetics they inherit from their parent plants, hybrid strains tend to fall somewhere in between an Indica and a Sativa.

Before choosing a strain, you should begin by considering what you want your strain to do and the benefits of different endocannabinoid compounds. Your local dispensary should be staffed with knowledgeable budtenders.

Feel free to ask them any questions you may have.

You should also learn on the different terpenes contained within each strain. If you’re a patient looking for specific properties to treat certain ailments, do your due diligence beforehand. You should learn to overlook the marketing gimmicks associated with the distinctions made between “Indicas” or “Sativas”.

Washington is one of the several states that has now legalized both the medicinal and recreational consumption of weed. Luckily, if you’re located in the Seattle area, you will find that local budtenders tend to be more knowledgeable than the national average.

In this guide, we covered the essential characteristics of what you should know before selecting your strain. These two terms are sometimes mired in controversy. We feel it is important for you as the consumer to understand the history of each term’s usage, as well as its current standing. Happy consumption!